Parades Against Parades were formed around Saskatoon’s (Canada) punk rock and indy scenes where the four teenagers exploded into their own, playing furiously and as often as possible to many riotous dance parties. These recordings though capture the band as they left behind their volatile and Wire-ish style into something more wasted and decadent as Chris Laramee bullied his way into the band on third guitar duties. Playing on the turntable was Spacemen 3, The Gun Club, Howlin’ Wolf as the bands playing became more ragged and maybe sloppy but infused with feeling and bravado. A sound more wasted – like a mushroom infused Rolling Stones via the whips of the Velvets where broken strings, amps and bottles couldn’t wake them from the spell as buzzsaw guitars slasjed the jugular in these recordings. Suck it in kids please. Limited to 200 copies worldwide. Comes with band history insert via Chris Laramee and download code. Only few available, so order fast! Co-release with Klassik Go Disko. 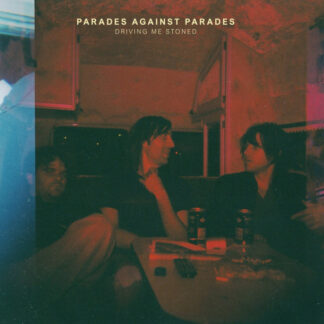 You're viewing: Parades Against Parades – Driving Me Stoned LP €20,00
Add to cart