The Callas – Am I Vertical? CD

Two years after the release of “Objekt” which received enthusiastic reviews (Uncut, Artrocker, BBC 6), The Callas are back with their new album, produced by Jim Sclavunos.

The album is titled “Am I Vertical?” (an allusion to the poem of Sylvia Plath “I Am Vertical”) and is released by Inner Ear on vinyl, cd and digital album.

Noisepop minimalism, raw garage melodies and kraut psychedelic elements, meet and create the kaleidoscopic universe of “Am I Vertical?”.

On their new album, The Callas are mixing their experimental art and film background with their addiction in pop tunes presenting an album which pervertly balances between darkness and light, innocence and sin, joy and lust.

The acquaintance with Jim Sclavunos started when he saw The Callas for the first time performing live in London and asked them to open a concert of Grinderman. When he heard the first demos of “Am I Vertical?” he happily agreed to do the production of the album. Additionally, in half of the tracks of the album Jim Sclavunos performed on drums and co-write the lyrics

Be the first to review “The Callas – Am I Vertical? CD” Cancel reply 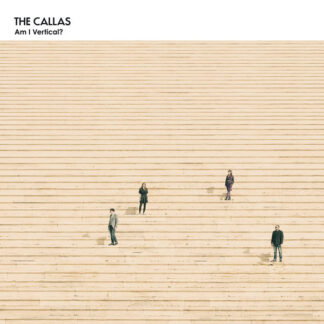