Mos Generator is the American trio that since 2000 has produced five albums and a lot of underground exits, even vinyl, singles and even cassette (!?), According to the tradition of ‘HARD ROCK wilder, tones DOOM, PSYCH BLUES and STONER. “In Concert 2007-2014” collects recordings from 5 concerts in ‘period of 7 years, with a predominance of the concert in Nuremberg in 2013. A record must for fans of Black Sabbath, Saint Vitus, Unida, Queens Of The Stone Age and Kyuss. 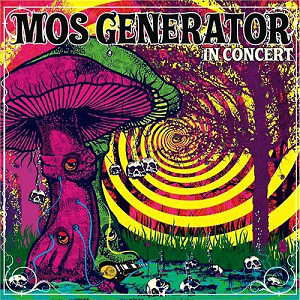