Cults made their name in black and white. A pair of film school dropouts who burst onto the New York scene with a perfect single and a darkly retro sound, the band’s first two albums play like noirish documentaries on a lost girl group. Four years after Static, Cults returns with Offering, an exciting collection of songs bursting with heart, confidence, shimmering melody and buzzing life. The time off has given the band new energy and new ideas–Cults are working in Technicolor now.

The core duo remains the same. Madeline Follin and Brian Oblivion, both 28, still live in New York. They still finish each other’s thoughts and still share a love of catchy music and black humor (this is a band that sampled cult leader Jim Jones on their first hit). But the pair have put some blood on the tracks since their breakout debut: they’ve toured the world, built a devoted audience, survived a breakup, grown up in green rooms, parted ways with their old label and made a home of their new one. 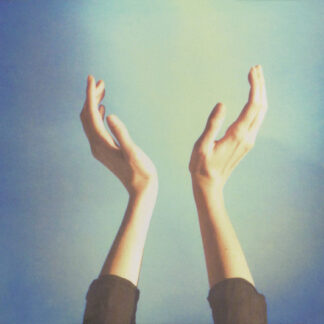