A new COLOUR HAZE album has much to give, but for sure it is not what you expect if you expect to hear what is underlying your own expectations based on the bands discography and concerts. OK, it is a bit, and it would be pathetic if it is not because COLOUR HAZE has defined an own genre long ago and influenced lots of bands around the globe. Since their founding, back in 1994, the three piece out of Munich, Germany, made a step out of their own mighty shadow with every album they have recorded. Or maybe they got deeper, into the hidden worlds behind the shadows nobody else have seen – it depends on the perspective. It is not exaggerated to call COLOUR HAZE pioneers. They are like scientists and discoverer which resort into uncharted terrain with their mobile research station COLOUR HAZE. A terrain which is not even mared as a dark spot on the maps. One has to increase the maps and add complete areas. COLOUR HAZE managed it to sound even more free and open minded on their 13th album than they already did before. On WE ARE they show themselves more catchy but also a bit more peculiar. Jazz bickers with rock while a soupcon of classic music gleams, and the vocals and keys got extended space.

Be the first to review “Colour Haze – We Are LP Numbered, Colour Haze Vinyl” Cancel reply 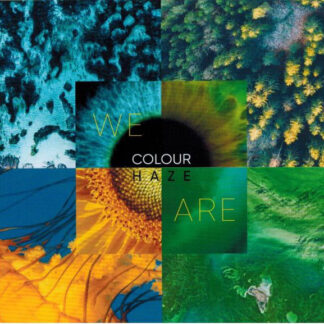