Cold Pumas hail from Brighton, land of windswept piers, and have been abiding by the three Rs since their inception: Repetition, Repetition, Repetition. Yet their début long-player, Persistent Malaise is the result of an internal aeon of transient rebirths. Released on the 5th November as a triumvirate split between Faux Discx, Gringo Records and Italian Beach Babes, the album is both a metronomic cathedral of married noise and a funnel of kraut-tinged catharsis. It arrives preceded by a wave of 7”s that have captured the taught and at times nascent evolution of this trio of fraternal pedants.

As opined by the album’s name, the sonic unease is at times betrayed deliberately by its rhythmic crux. Indeed, several juxtapositions lie between the persistence of those invigorating textural showers, the locked cadences of the songs and the underpinning of lyrics retelling the ubiquitous dread of a relationship’s decline. It feels at times like being the lone watcher of a party slowly decaying around oblivious guests. 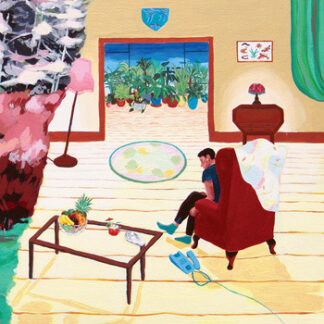