George Witter met drummer William Hayter and formed Bloodshot Eyes in the early 1980s. This outfit recorded five songs in November 1983. Sensing the potential for an album, Witter combined these recordings with a recording session from 1982 and the result was ‘On My Knees’, an album issued under Blooodshot Eyes name and released on their own Flat Bee records in 1984. Extremely rare and highly collectable, this album sees an reissue on transparent yellow vinyl. 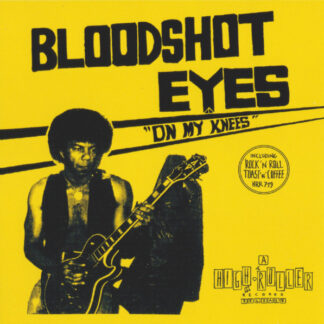